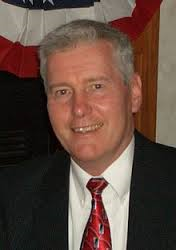 Darcy G. Richardson is the author of more than a dozen books covering American political history.  Richardson’s books on American history and politics — one of which earned an Outstanding Academic Title (OAT) from scholarly Choice magazine in 2005 — were cited in Newsweek’s “What You Need to Read” section in July 2010. His most recent book, Bernie: A Lifelong Crusade Against Wall Street & Wealth, was published by Sevierville Publishing in December 2015.

Long active in third-party politics, Richardson has rubbed shoulders with some of the best-known political figures of the past three decades.  In addition to managing one of the late Minnesota Senator Eugene J. McCarthy’s campaigns and serving as a senior advisor in another, Richardson ran for Pennsylvania Auditor General in 1980 and for the U.S. Senate eight years later on the Philadelphia-based Consumer Party ticket.  In 2012, he offered himself as a protest candidate in several Democratic presidential primaries, briefly challenging Wall Street’s increasingly corrupt influence on the Democratic Party and the nation’s body politic.

A resident of Jacksonville, Richardson has been quoted in major publications such as the Wall Street Journal, the Washington Times and the Philadelphia Inquirer, and has written numerous articles for a wide range of publications.  He has also been a guest on several nationally-syndicated radio talk shows, ranging from the progressive “Thom Hartmann Show” to Joseph Farah’s conservative “WorldNetDaily Radioactive” program.

Darcy is running for Governor to provide a real alternative to the two establishment parties, and to provide Florida voters with real solutions. 2018 will be the year that the Reform Party shook up the Florida gubernatorial election, and provided a real choice to the people.